Earthscape won three Awards of Excellence in both design and construction categories at the Landscape Ontario Gala awards ceremony in Toronto. As the sole winners in the Commercial Design category, awards were received for two unique playground designs, one of which will be built this spring at the Orchard Park Early Learning Centre in St. Thomas, Ontario. The second winner is a playground design based on the adventures of comic strip characters Calvin & Hobbes, offering climbable creatures and topography that one might discover in an imaginary alien world. In the Special Interest Construction category, an award was received for the railway-themed Albert Street playground built in the Region of Waterloo.

Earthscape has now won a total of 29 awards from Landscape Ontario since 2006. 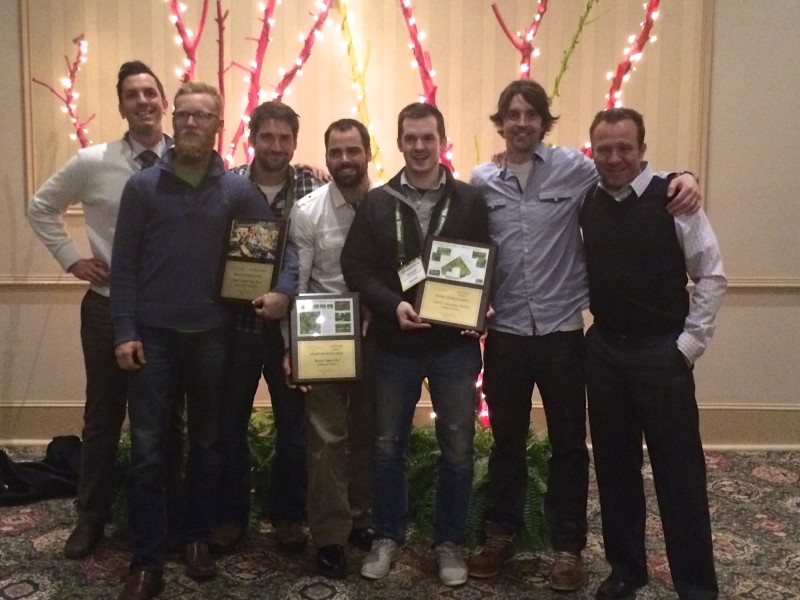