On September 28th during their recent visit to Canada, the Duke and Duchess of Cambridge, Prince William and Princess Catherine, spent part of the afternoon in Carcross, Yukon.

The couple met members of the Carcross/Tagish First Nation to learn about recent development projects to generate tourism. The children of Carcross entertained them with a performance of a “Raven Dance” in the centre of Carcross Commons. The recently completed Earthscape playground served as the backdrop to the event because of its central location. After the performance, Will and Kate had conversations with the children who had performed for them. The children were thrilled to show the Duke and Duchess of Cambridge their new play area. For instance, they joyously scrambled up the log steppers into the playground towers, crossing the rope bridge and sliding back down.

The playspace at Carcross Commons combines the vision of the community, the gorgeous natural surroundings, and play theory research. As a result, it is a beautiful feature for children and adults alike in this distinct and stunning landscape. The playground design takes inspiration from local history, major landmarks and First Nations creation stories.

The playground at Carcross Commons is listed as one of Canada’s 150 Coolest Playgrounds from the Calgary Playground Review. 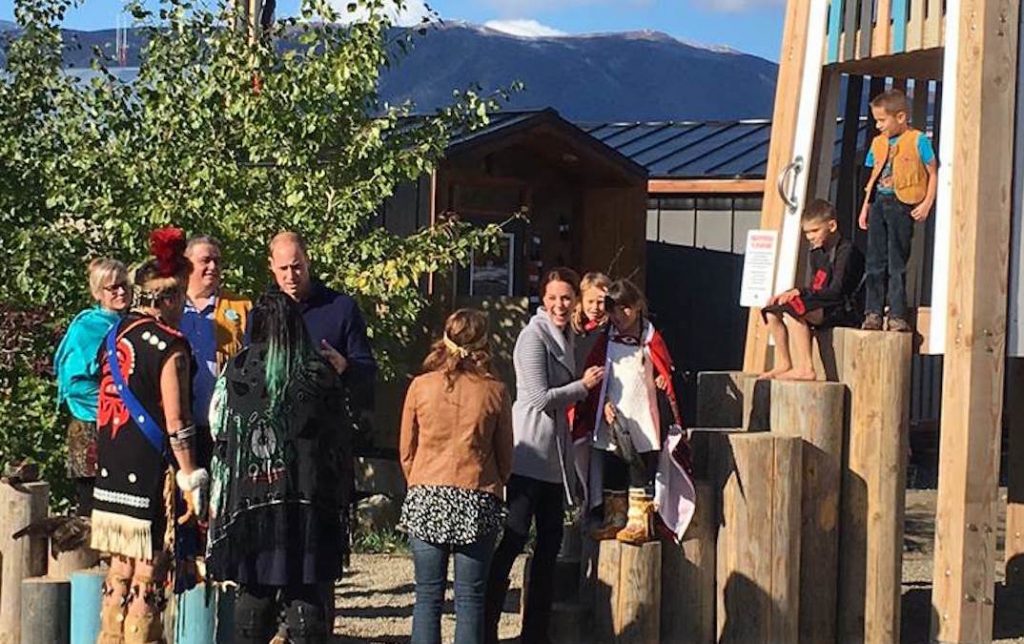