A child arrives at a new playground and immediately begins exploring. Climbing, running, investigating.  Behind them, their caregiver stops. It’s not like most playgrounds they’ve visited before. “What are you supposed to do here?” they ask.  “What is that? How do you play on it?”

This playground is unexpected.  Not the usual bright-coloured plastic and steel we have come to expect.  Steps and ramps don’t dominate the space. What the caregiver is about to learn is that the unexpected and unusual is the BEST part!  If what you should do is obvious, where is the joy; the wonder; the imagination? Where is the challenge?

As Niek de Jong, one of our playground designers says, “Don’t write the story for them!” Playgrounds should be places where children create their OWN stories.  Where they decide where to go and how to play in, around, over, and on a structure. Where they make the rules. Predictable is not all that fun!  Adventure is found in the unusual and the unknown.

When kids play inside, creating an affordance for open-ended play might look like replacing the lines of a coloring book with a box, scissors, and string.

When playing outside, it might be going off-path to splash in a stream or climb a pine tree.

As a playground designer I constantly wonder how a kid might play in the space I’m drafting, but the emphasis is on *might.* My job is not to write a rulebook. If a child looks at any playground and immediately “gets it”, then it’s probably too directive and it will quickly get boring. If a playground has something that is maybe a bit odd or unpredictable… then maybe the play space has created an affordance for open-ended free play. Kids thrive on the freedom of non-prescriptive play. 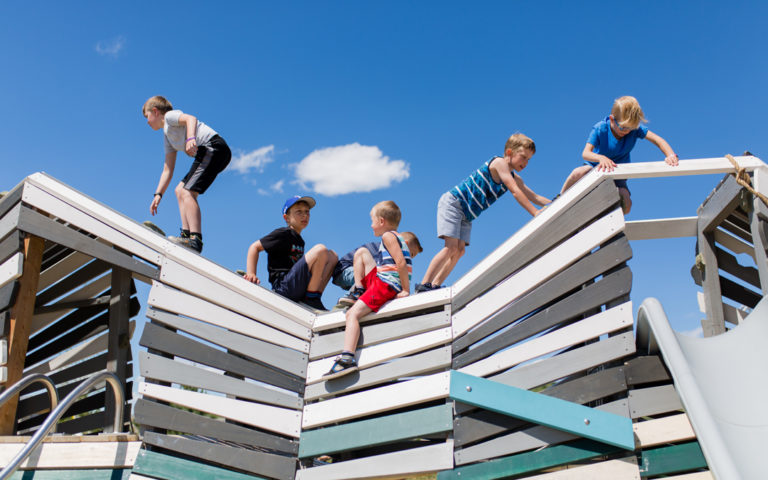 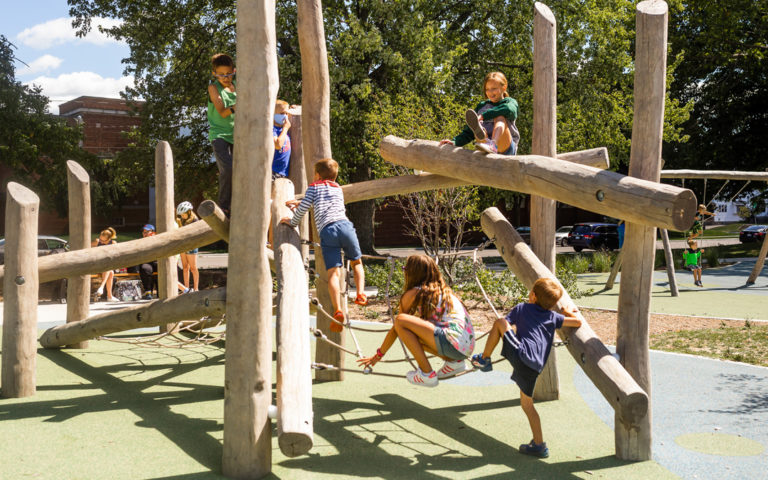 I think there is defiance in play. A rejection of determined (by whom?!) ways: to be, to follow, to move. Here, a slide is not defined by a sit-down bar. A slide is a feeling, a sensation in your belly. Arms holding on, carefully considering where a foot could go, where a bodyweight could be shifted, play is about a balance that always seems to slip away. 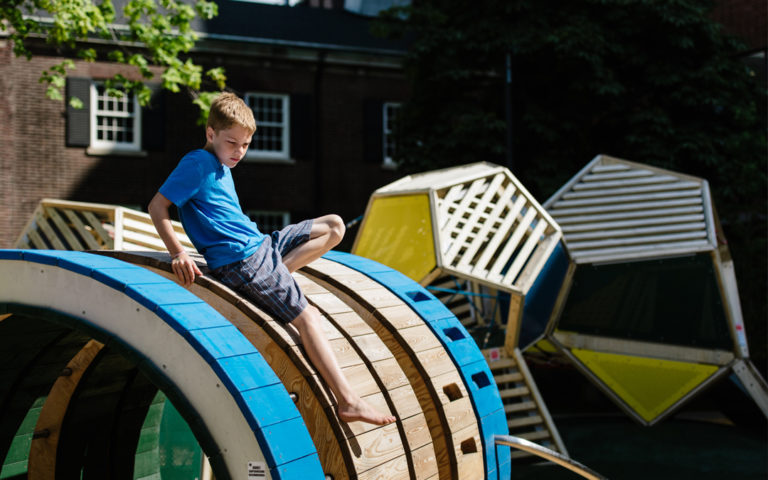 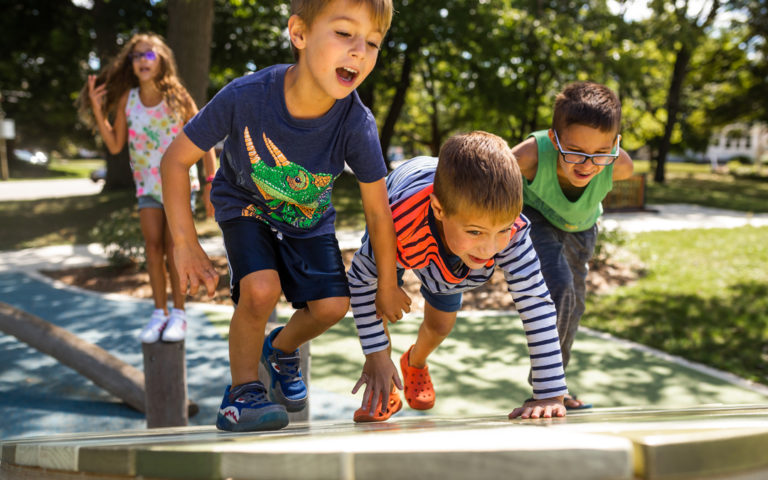 Open-ended and non-prescriptive play makes me think of: 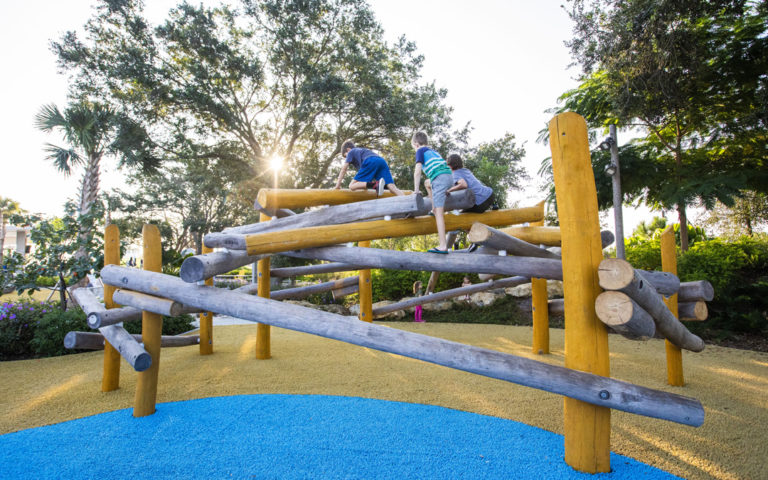 I think a large part of non-prescriptive play is about opportunities – for what exactly, is determined by the children themselves. Kids are amazing at finding innovative and imaginative ways of playing in the most ordinary of places – ultimately, adults don’t really need to tell them how to play. As playground designers, the best we can do is provide opportunities for kids to test their boundaries and play on their own terms. We can never anticipate all of the ways children will use our spaces. A favourite example is Tatiana’s observations of kids at the Riverside Park playground pretending the largemouth bass sculpture is a cave (complete with small pretend campfire!). Designing a variety of spaces and circulation routes is a good approach to encourage exploration without explicitly telling children how to play. Kids with different personalities and preferences will find their own unique way of playing when given opportunities. 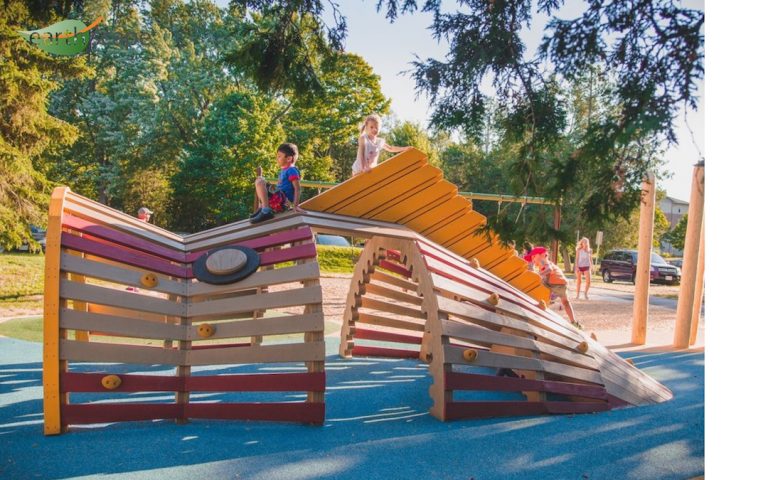 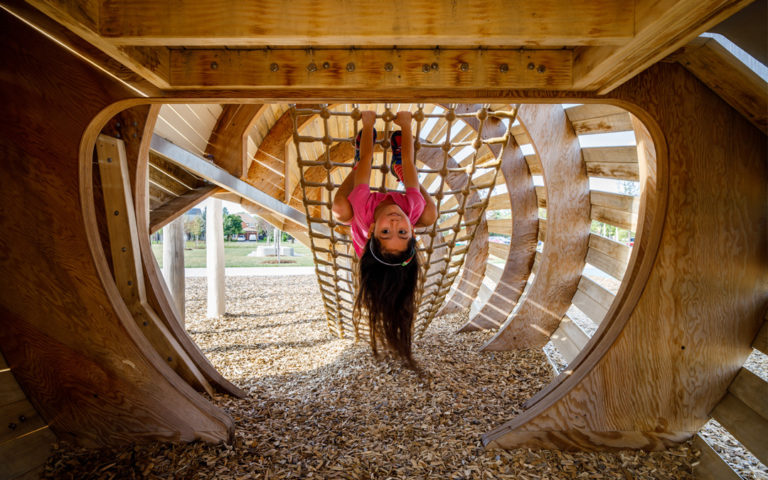 Some of our clients who are Early Childhood Educators have observed that there is less conflict in their newly designed playgrounds; that children move through them with more intent or purpose. This could be because of the multitude of options available to them to make up their own games, play cooperatively in groups, or discover their own special hiding place. Giving children the freedom to explore and interpret their environment on their own terms builds resilience as they gain confidence with making decisions, communicating imaginative stories, or overcoming physical challenges. 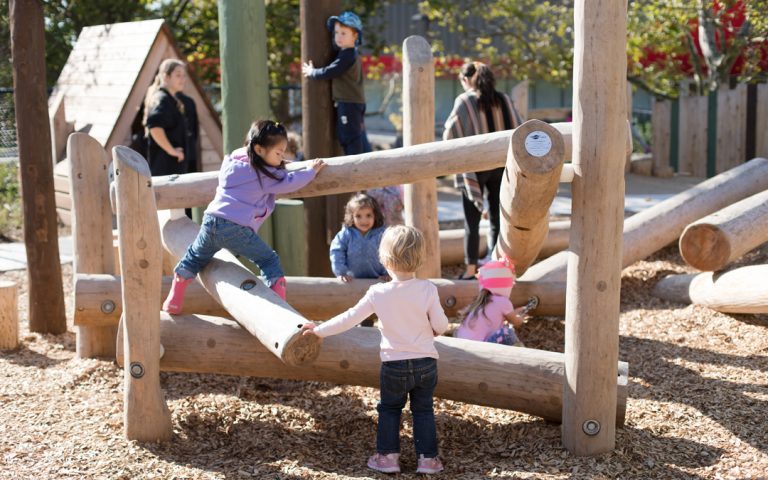 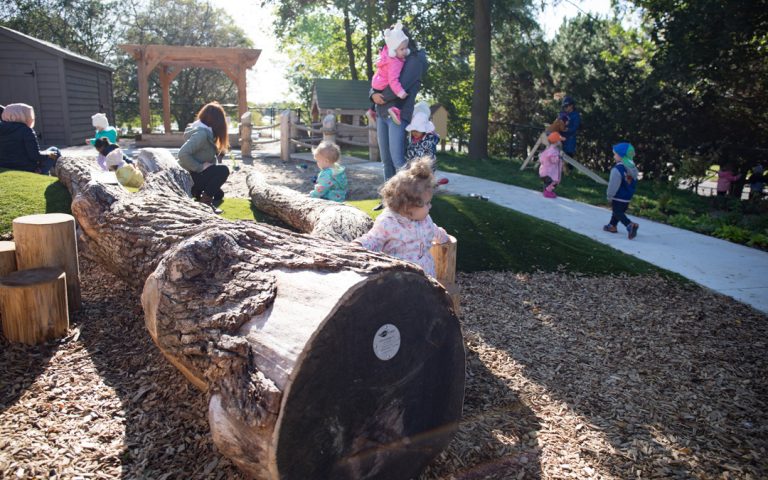 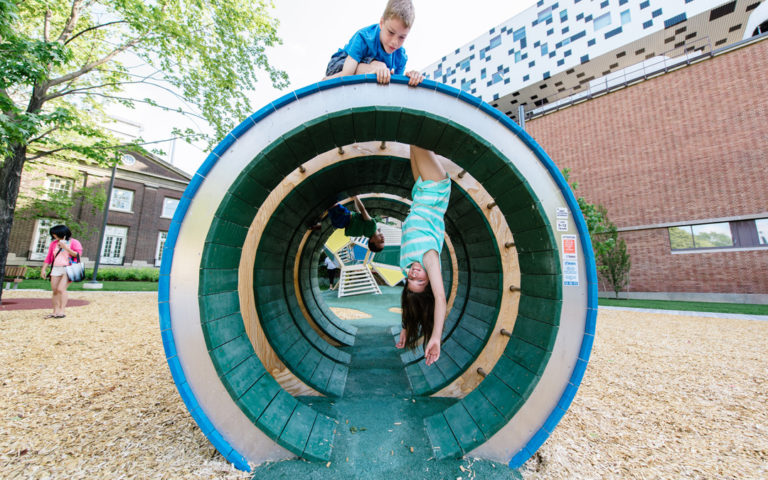 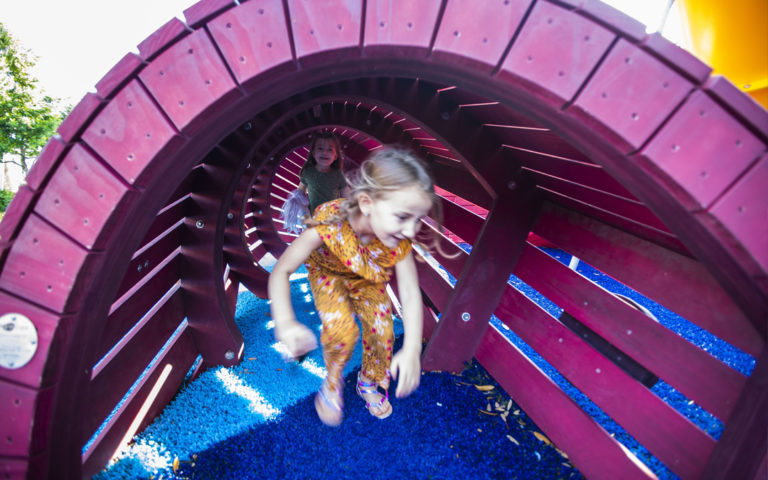