Situated in San Francisco’s Chinatown neighbourhood, this busy and well-loved inner city playground has been completely re-developed to include a new destination playscape.  Named after a local Chinese-American basketball star from the 1950’s, the dragon and phoenix-themed play area has been collaboratively designed with CMG Landscape Architecture and the City of San Francisco Recreation and Parks Department.  It officially opened on the Chinese Lunar New Year in February, 2021.

The dragon and phoenix are a classic Chinese folk pairing.  On this multi-tiered playground, a huge playable water dragon sculpture wraps itself around a two-level tower and slide. Look closely to see the dragon emerging from the blue water.  Its form transitions from its 3D body to 2D tail as it wraps around the tower base. A fiery phoenix sculpture bridges the junior and senior play challenge areas. 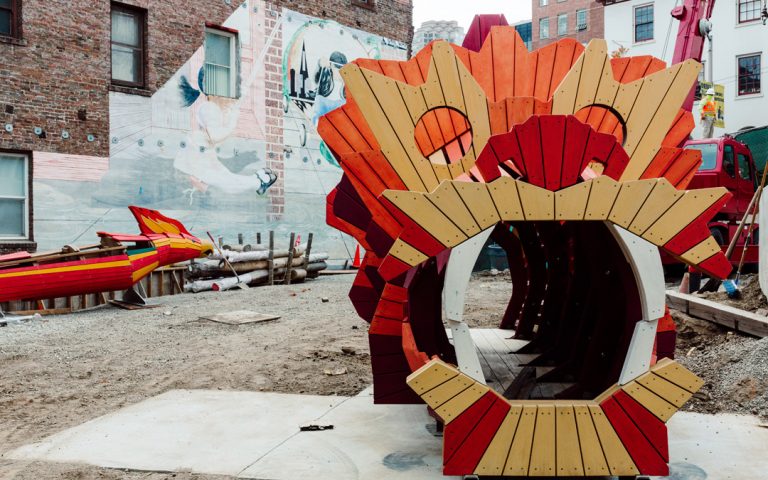 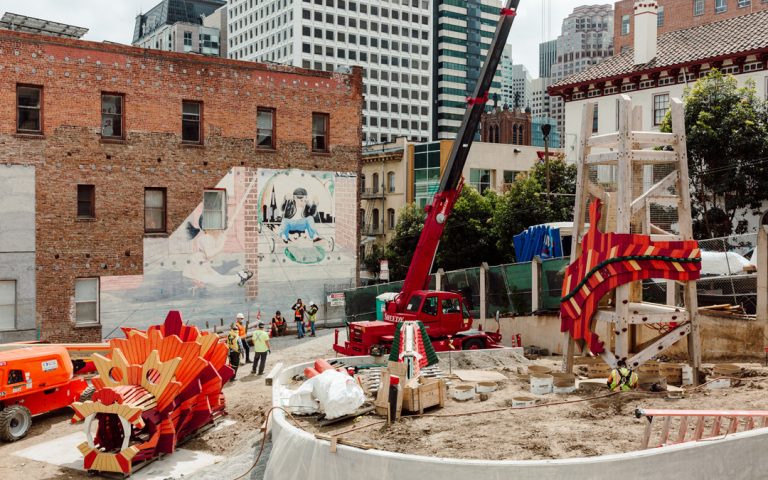 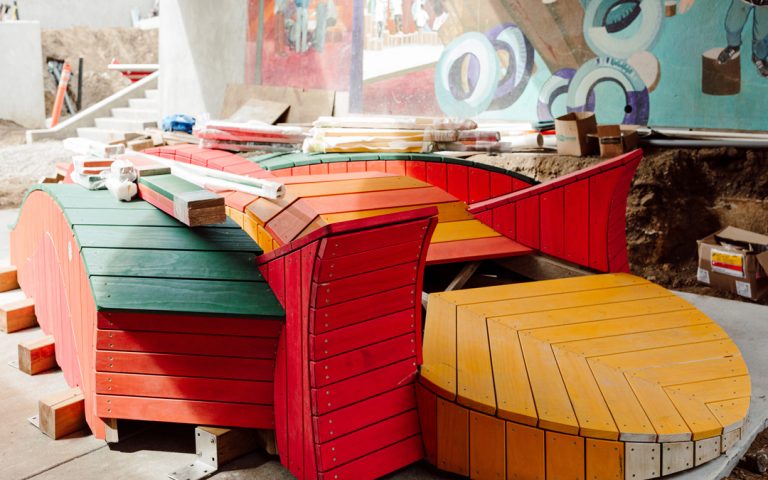 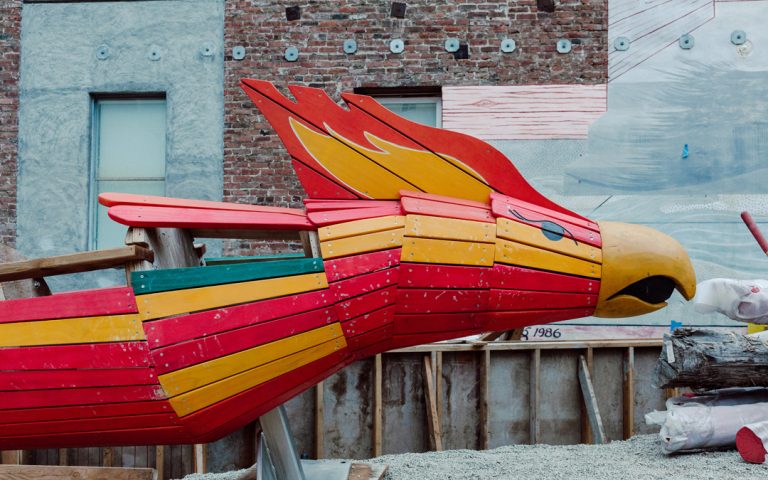