The Wanuskewin Heritage Park (WHP) project wrapped up almost two years ago. Last month, my family crossed Canada to visit this spectacular site. I am convinced it could be the most stunning play space in the world.

Here are a few stories from my work on this project. – Nathan Schleicher

Scene I: I’ve been working at Earthscape, and living in Canada, for almost 3 months. I am walking home one morning from dropping my son off at kindergarten.
*Ring, Ring*
“Nathan, someone needs to go to Saskatchewan today for a design kickoff meeting. I can pick you up in about 3 hours.”
“Um, ok?”

Scene II: 3 hours later. *Knock, Knock*
“Nathan, do you have anything warmer you can bring?”

Scene III: It is the next day at dawn. The sun doesn’t rise until 9am local time in Saskatoon in December. The landscape architect we are collaborating from Crosby Hanna and Associates has found some warm accessories in the lost & found for me to wear so we can walk about 4km of snow covered trails. I am wearing three pairs of socks and my hat looks like a bunny. 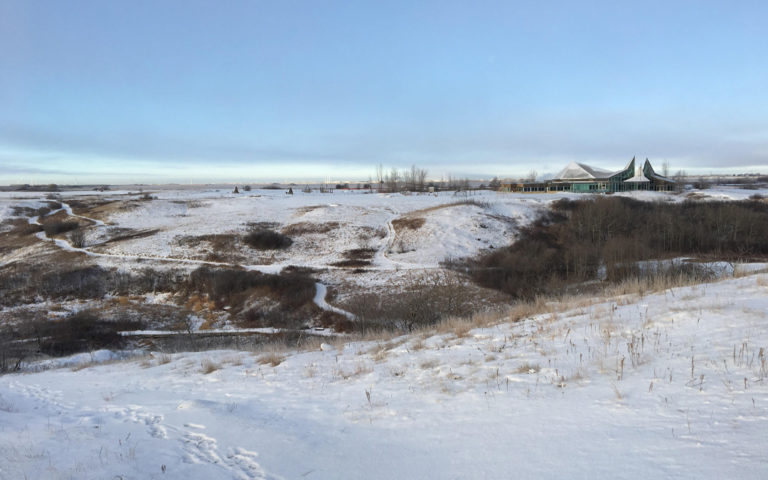 If you look closely, you may see two small teepees just left of center. This will be the location of the playground.

For the full duration of the flight home, I wrote and sketched ideas. Earthscape was tasked with delivering two concepts in two budget ranges. I learned how expensive solid wood Stacky-Stack (a cousin to Van Eyck’s climbers) can get if you put hundreds of them in your plan… 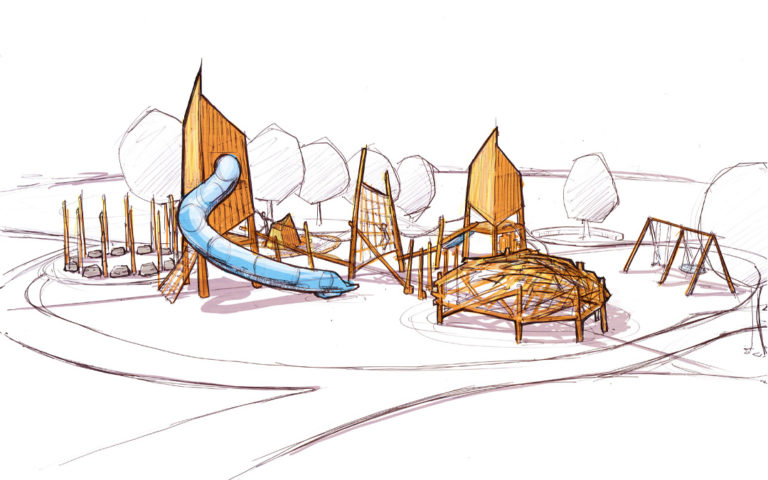 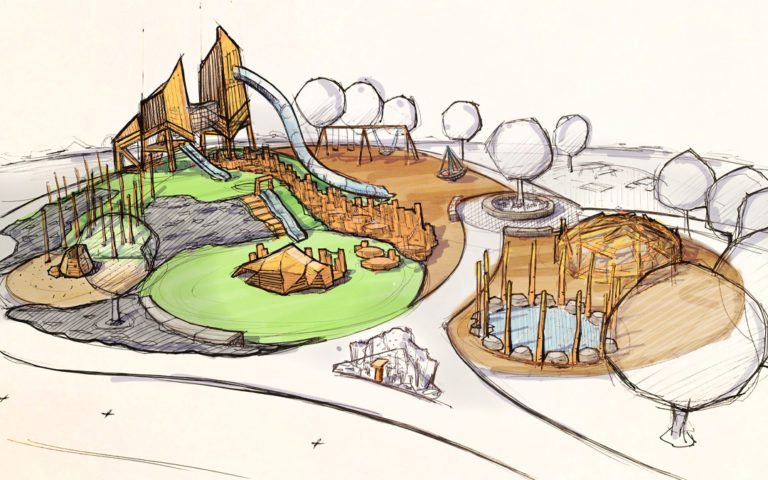 Multiple structures are proposed for the design. Each piece is purposeful in its representation of significant site features and/or history. Simultaneously, each has layered meaning, just as the site history is layered with stories, experiences and change: 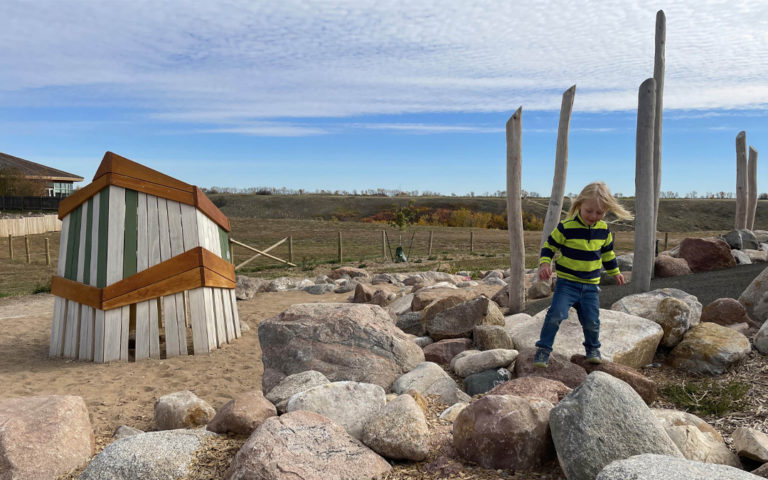 My son loved the valley boulders adjacent to the sculpture resembling the rubbing rock. 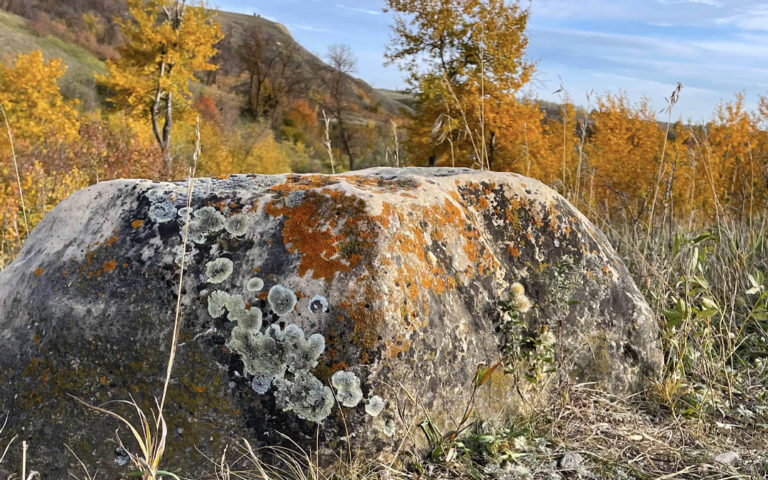 Glacial boulder in the river valley. 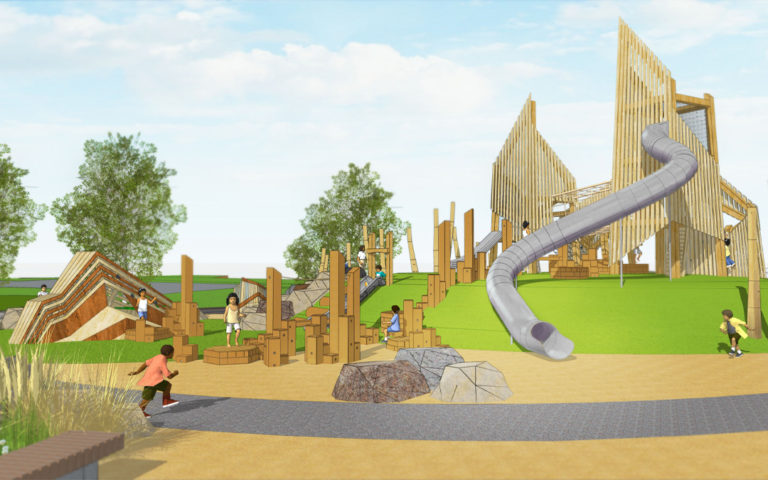 Chapter 5: What I experienced on my visit

First Impressions: No playground has an approach as dramatic as this one. The Saskatchewan sky feels bigger and bluer somehow and the playground towers burst up into that sky. In this space, you are compelled to constantly look up. It is also impossible to see everything from any one vantage. Visitors must explore for the space to fully reveal itself. 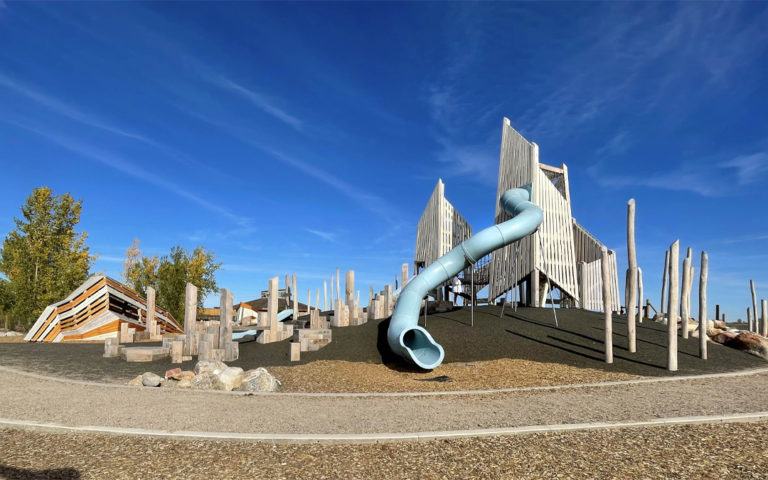 From concept to realized playscape.

Sketches and notes based on observations of play

It was incredibly meaningful to visit, and to witness the joy and wonder the space can inspire.  When I stepped off the plane in Saskatoon four years ago the landscape architect told me, “This might be the most important project in my life. I may never get to do something like this again.” I now understand that feeling. As a designer it has been an outstanding and humbling opportunity to creatively respond to the deep richness of history, culture, and beauty present at Wanuskewin.